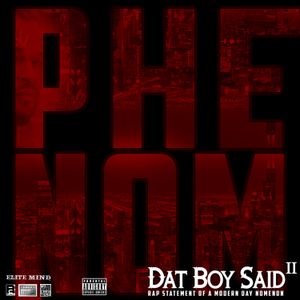 The mixtape features previous released loosey's such as the reggae infused/ hard hitting barz on "Thicker Than Blood"; the summer cruise anthem "Back Drop" and the HipHopDX premiered visual for "Intro". DBS 2 is the first full PHENOM's first full project since his critically acclaimed 2015 album "I Didn't Come I Was Sent".

With recent ties to Chance The Rapper & Open Mike Chicago; PHENOM has been expanding his fan base since his 2015 release of his album last album.