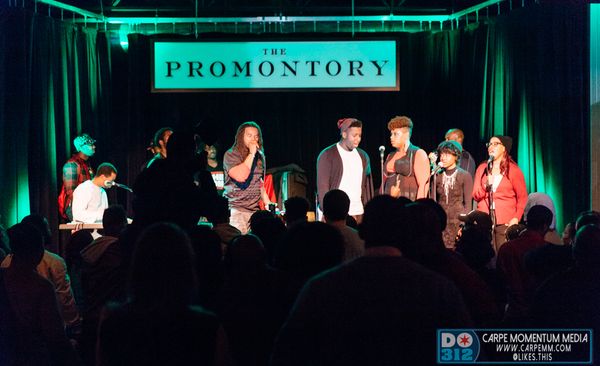 Veteran Chicago Emcee/Poet/Youth Mentor and recent Red Eye ROCK nVOTE Finalist PHENOM is proud to announce that on Thursday October 29th he will release his New Album “I DIDN'T COME I WAS SENT". Accompanying the release will be a release party/concert at The Promontory in the Hyde Park area of Chicago.

Opening acts will be K Love the Poet, Hunid Proof, Ace Da Vinci, 42 Keez,
Tone Jones and the winner of the PHENOM & friends 9 contest which will be held at The Refuge Lounge in downtown Chicago on October 3rd. There will also be a couple of special guest(s) in attendance on October 29th. PHENOM will be backed by The Mose Wanted live Band along with Awthentik Poetry and the LalaFa Me's. Music will be provided by DJ Manti of L.Y.R.I.C. Mentoring and DJ Chosen of the Blok club DJs. Ang13 and Binkey will host this celebration.

The doors open at 8pm and Showtime is scheduled for 10pm. Tickets are $10 for advance general admission, $15 at the door and $25 for a VIP ticket. Tickets can be purchased from TEAM PHENOM by contacting TeamPhenom18@gmail.com and artist management at number(s) listed below or can be purchased online at PromontoryChicago.com or at the Promontory Box Office.

Who may attend: Open to the public 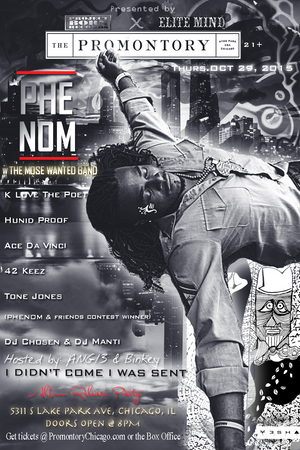 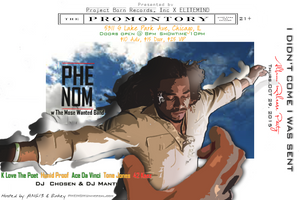